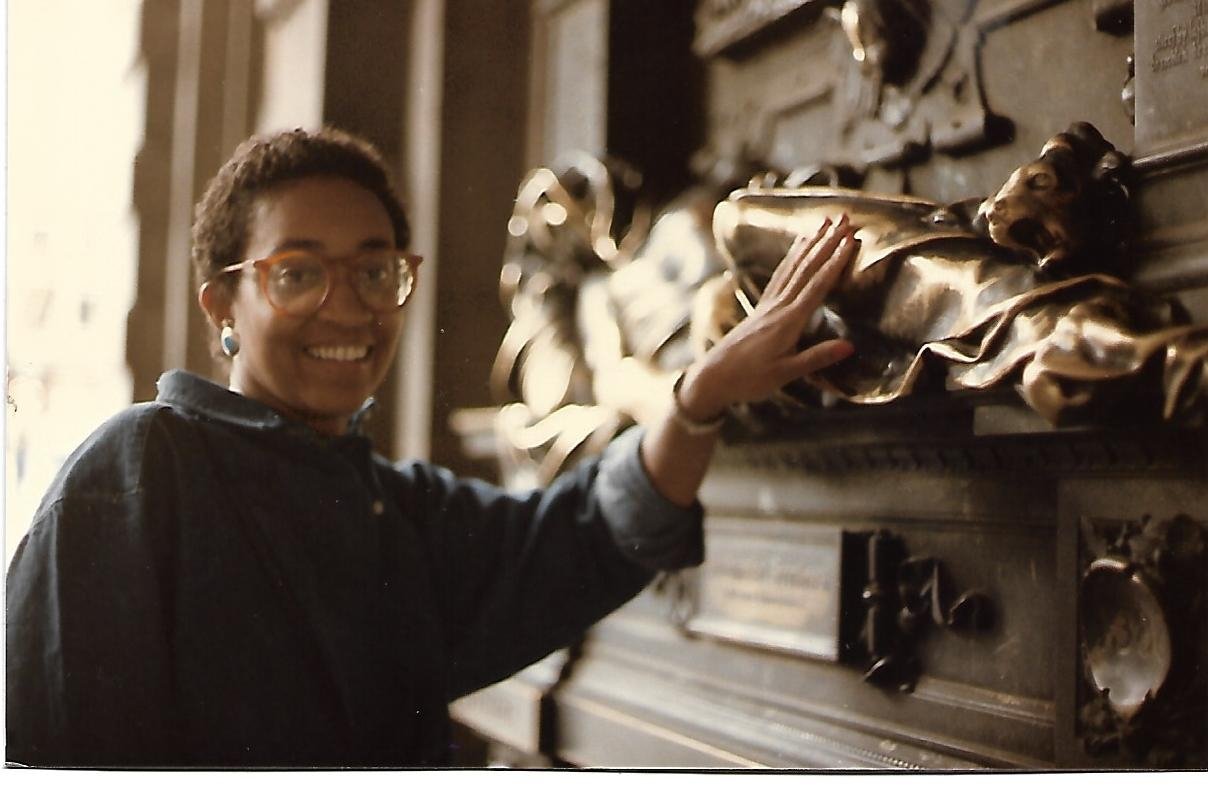 Helen Ann Maloney was the daughter of William K. Maloney and Helen M. Harris was born in Cleveland Ohio on 09/08/50. Helen grew up and attended public and private schools in Westchester, New York. In 1972, she graduated from Finch College in New York City where she received a Bachelor of Arts degree in History with a minor in Art History. Helen, an adventuress at heart, travelled throughout the United States and the world with her many close friends she acquired during her college and business careers.

From 1973 to 1979, Helen was employed at Chemical Bank where she held positions in their Corporate Bank and Human Resources Divisions. In 1978, she attended an Outward-Bound Program in Penobscot, Maine as part of a Survival Training Course sponsored by Chemical. In 1978, she was accepted to the Columbia University Graduate School of Business where she pursued an MBA for one year. During her stay at Columbia she met her eventual husband Bryant C. Mitchell from Wetipquin, Maryland who tutored her in finance and computer science during her first semester at Columbia.

She left Columbia to take on a position with Carey, McLoughlin & Company (CMC) as a mortgage backed securities salesperson. She left CMC in 1982 for an assistant vice president's position in the lending services division of New York Mortgage Loan Enforcement and Administration Corporation in New York. From 1982, to 1989, she was an associate in the Capital Markets Division of Chemical Bank where she retired after being diagnosed with multiple sclerosis.

From 1990 to 1996, she transitioned her career to her real passion with stints in Child Psychiatry and Pediatrics and Child Development Departments of Mount Sinai Hospital and Cornell University Medical College. In 1998, she married her long-time friend and soul mate, Bryant C. Mitchell in Clemson, South Carolina where he was pursuing a Ph.D. in Industrial Management. Helen then moved to Salisbury, Maryland where lived with Bryant in blissful matrimony until her death from complications of multiple sclerosis at 5:40 pm on 1st of Ramadan, 1441 (04/24/20).

Thank you for calling me the other day.  It was a relief to hear from you.  It helped me to talk to someone who had been with Helen, recently.  I have been going through some of my photos and picking out pictures of Helen.  The first batch is from Montauk where we stayed in a miserable motel which is now boarded up.  It was probably about the mid- 70’s.  We had a great time!

The next batch is from our trip to Guatemala one Christmas.  We stayed at fabulous home with a view of a volcano in Antiqua.  You can see Helen having breakfast with the calla lilies.   New Year’s was a nightmare in Antiqua because the young boys were throwing firecrackers in the street.  I remember we had a great dinner at a restaurant but on the way, Helen, got trapped in a doorway by the firecrackers and was frozen in fear.  We laughed about it later, but it was not funny at the time.

We traveled by a small plane to Tikal, a fabulous Mayan ruin. (See Helen heading toward the plane) when we were returning Bill passed out from dehydration, causing another drama!  Guatemala was our most adventurous trip together, but we also had a wonderful trip to London and Paris.  Helen visited us in Hawaii where Bill and I lived when we were first married.  I have to keep looking for more photos which I will send to you as I find them.

I got ahold of Maryann and Jim Simpson over the weekend and gave them your e-mail.  I can say that Maryann was devastated.  She was going to pass the terrible news onto Cecily and Jim, also to her daughters, Lauren and Jennifer.  Helen has two goddaughters:  Sarah Ashley and Jennifer Simpson.

Somewhere, I have the cutest black and white photo of Helen on Santa’s lap when she was about 9???? It was taken at Macy’s and If I remember correctly, she had a little French beret on and was in the process of telling Santa what she wanted for Christmas. I will continue to track down Sally and Everett Schenk, they are easy to find online, they live in Darien, CT, but both their landlines are disconnected. I’m thinking that they are up in New Hampshire at their weekend house.  More later!

When I think about Helen, I first remember her and Bryant talking on the phone in his office when I stopped by to say hello. A short while after I was standing in the computer lab and ran into her and Bryant in person as newlyweds. I knew just a few things about her at that time, such as her being an art lover and a New Yorker and that is a real winning combination for me.

Over the years when I called the house Helen would answer and thank me for a jazz mixtape I had sent them, ask if I was still making art and share with me a bit about herself, and the transition to Maryland Eastern Shore from NY and it being too quiet at first.

I stayed at the house just one time, but we had a great evening of talking, eating, and relaxing. I was grateful to be able to see some of Helen's art collection hanging on the walls. We had an opportunity to get to know one another better.

Having just visited Eastern Shore again I truly regret not having stopped by to see Helen because I am grateful for my friendship with her and Bryant and want to tell her that. May she rest peacefully in knowing she lived a life fulfilled.