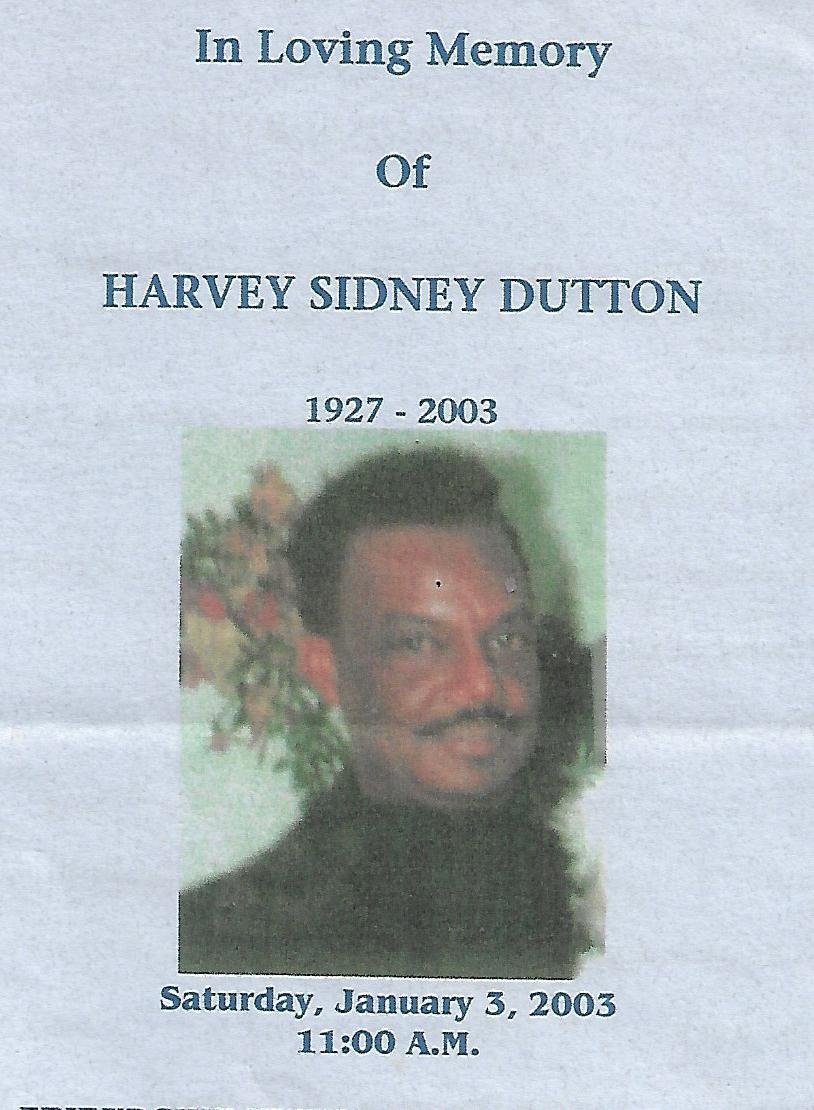 Harvey Sidney Dutton was born to Charles and Edith Dutton on 09/06/27 in Wetipquin, Maryland. he was the eigth of ten siblings; five of whom proceeded him in death; Esther, Joseph, Watson, Lillie and Akena.Harvey's formal education was received in the public schools of Wicomico County. His early Christian education was received from Friendship Methodish Church in Wetipquin, Maryland.

From 1952 to 1954, he was in active military duty in the United States Army serving with the 518th Ordinance Company in Korea as a small arms repairman. SGT Dutton was awarded the Korean Service Medal with two Bronze Stars, National Defense Service Medal, and United Nations Service Medal. Following six years in the reserve, he was honorably discharged in 1960.

Harvey's employment led to various venues: a trackman for both the Reading and B&O Railroads; an auto mechanic for several car dealership in Salisbury, Maryland; and a waterman plying the rivers of the Nanticoke and Potomac, as well as the Delaware Bay. However, meachanic work was his forte and he served generously his friends and community. He was a life member of the Veterans of Foriegn War Post #10159 in Salisbury, Maryland.

In his pasttime, he enjoyed fishing, animals (especially his dogs), and hanging out with his family and friends. He is survived by a caring and faithful wife of 53 years; Winifred-who took seriously her marriage vow of "Till Death Do Us Part"; two sisters, Ruth Duffy (Joseph Duffy) of atlanta, Georgia and Florence Bivens of Philadelphia, Pennsylvania; two brother, C. Richard Dutton of Hebron, Maryland and Daniel D. Dutton (Louise Dutton) of Quantico, Maryland; sisters-in-laws and many nieces, nephews and cousins.